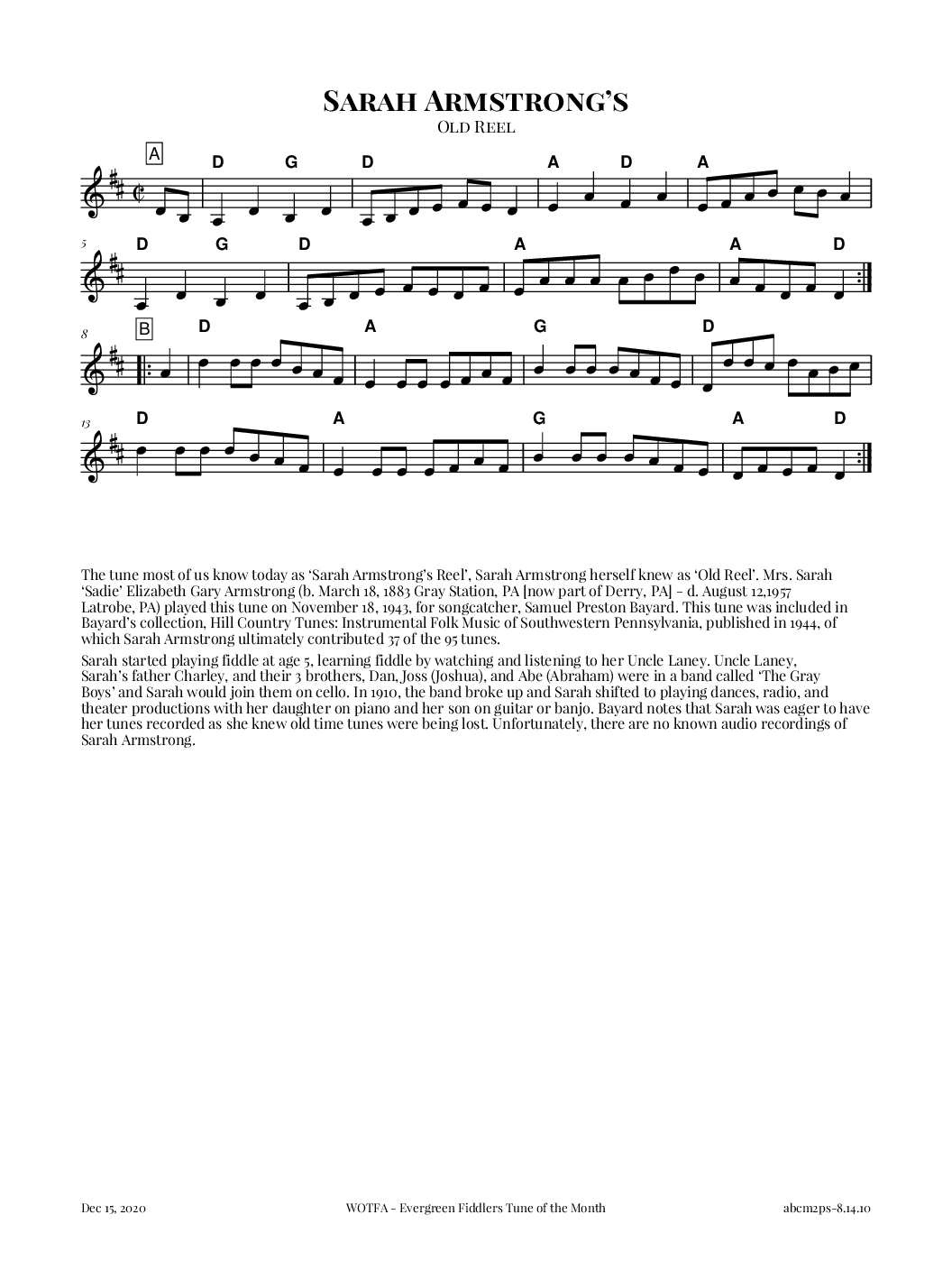 Click here to register for Tune of the Month Workshop.

Sarah started playing fiddle at age 5, learning fiddle by watching and listening to her Uncle Laney. Uncle Laney, Sarah’s father Charley, and their 3 brothers, Dan, Joss (Joshua), and Abe (Abraham) were in a band called ‘The Gray Boys’ and Sarah would join them on cello. In 1910, the band broke up and Sarah shifted to playing dances, radio, and theater productions with her daughter on piano and her son on guitar or banjo. Bayard notes that Sarah was eager to have her tunes recorded as she knew old time tunes were being lost. Unfortunately, there are no known audio recordings of Sarah Armstrong.