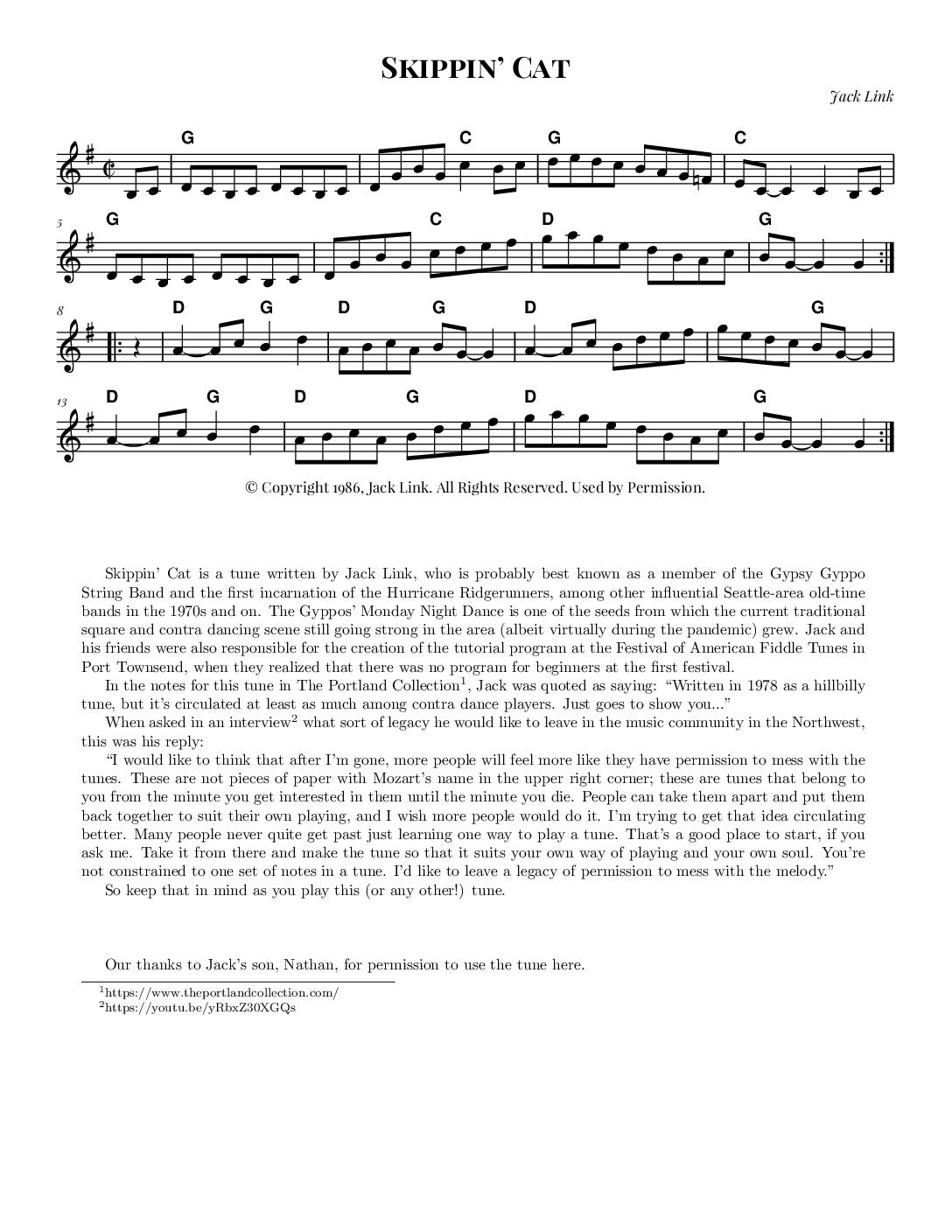 Skippin’ Cat is a tune written by Jack Link, who is probably best known as a member of the Gypsy Gyppo String Band and the first incarnation of the Hurricane Ridgerunners, among other influential Seattle-area old-time bands in the 1970s and on. The Gyppos’ Monday Night Dance is one of the seeds from which the current traditional square and contra dancing scene still going strong in the area (albeit virtually during the pandemic) grew. Jack and his friends were also responsible for the creation of the tutorial program at the Festival of American Fiddle Tunes in Port Townsend, when they realized that there was no program for beginners at the first festival.

In the notes for this tune in The Portland Collection, Jack was quoted as saying: “Written in 1978 as a hillbilly tune, but it’s circulated at least as much among contra dance players. Just goes to show you…”

When asked in an interview what sort of legacy he would like to leave in the music community in the Northwest, this was his reply:

I would like to think that after I’m gone, more people will feel more like they have permission to mess with the tunes. These are not pieces of paper with Mozart’s name in the upper right corner; these are tunes that belong to you from the minute you get interested in them until the minute you die. People can take them apart and put them back together to suit their own playing, and I wish more people would do it. I’m trying to get that idea circulating better. Many people never quite get past just learning one way to play a tune. That’s a good place to start, if you ask me. Take it from there and make the tune so that it suits your own way of playing and your own soul. You’re not constrained to one set of notes in a tune. I’d like to leave a legacy of permission to mess with the melody.

So keep that in mind as you play this (or any other!) tune.

Our thanks to Jack’s son, Nathan, for permission to use the tune here.