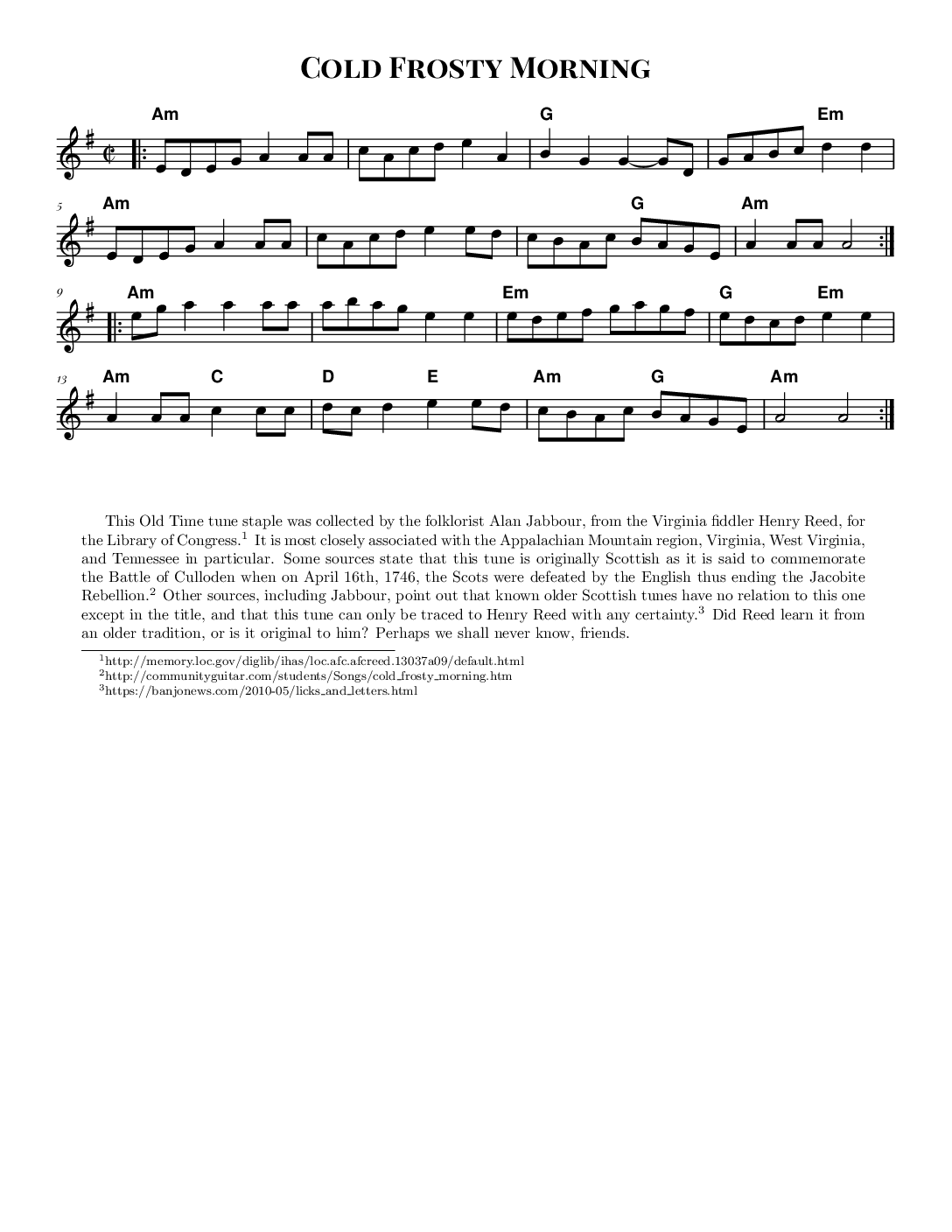 This Old Time tune staple was collected by the folklorist Alan Jabbour, from the Virginia fiddler Henry Reed, for the Library of Congress. It is most closely associated with the Appalachian Mountain region, Virginia, West Virginia, and Tennessee in particular. Some sources state that this tune is originally Scottish as it is said to commemorate the Battle of Culloden when on April 16th, 1746, the Scots were defeated by the English thus ending the Jacobite Rebellion. Other sources, including Jabbour, point out that known older Scottish tunes have no relation to this one except in the title, and that this tune can only be traced to Henry Reed with any certainty.

Did Reed learn it from an older tradition, or is it original to him? Perhaps we shall never know, friends.