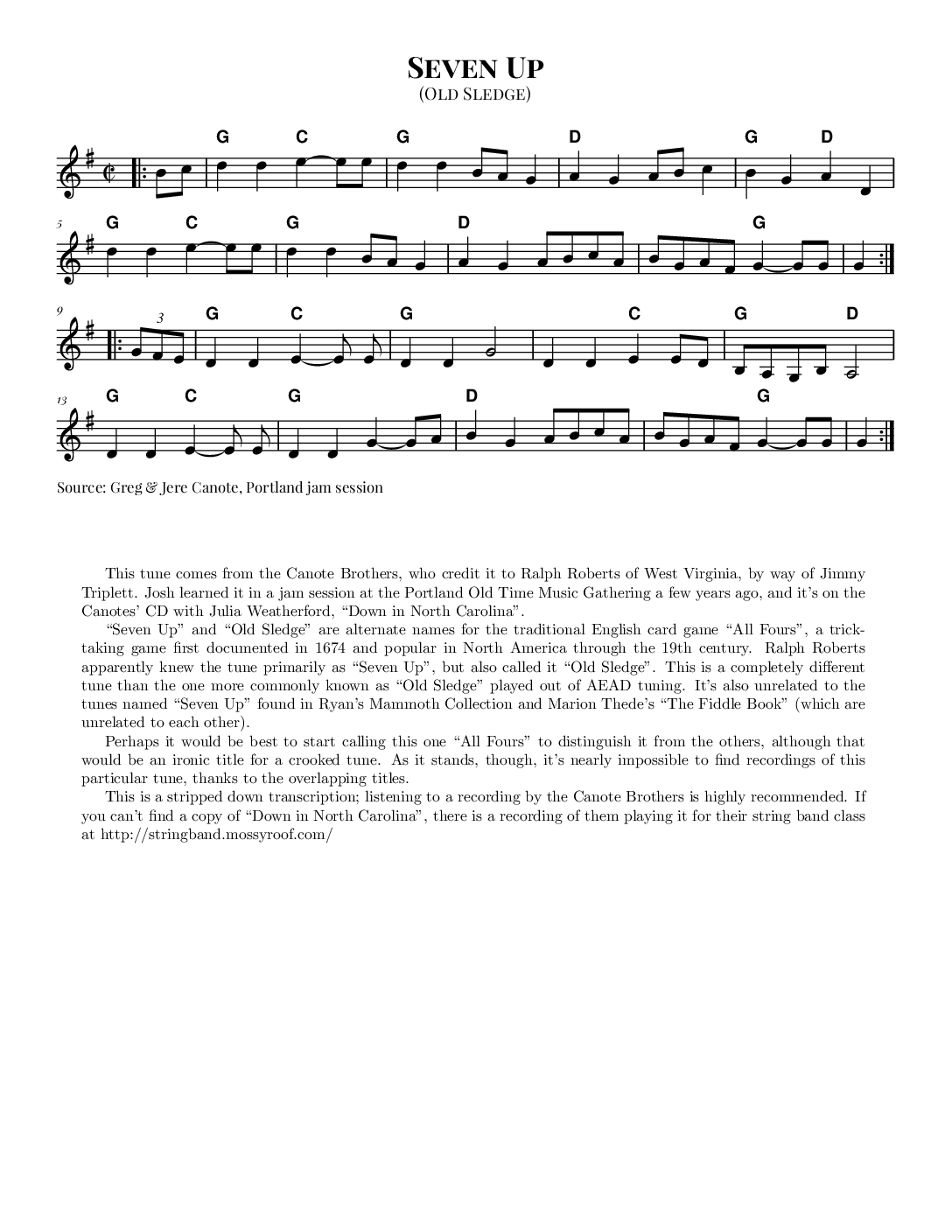 This tune comes from the Canote Brothers, who credit it to Ralph Roberts of West Virginia, by way of Jimmy Triplett. Josh learned it in a jam session at the Portland Old Time Music Gathering a few years ago, and it’s on the Canotes’ CD with Julia Weatherford, “Down in North Carolina”.

“Seven Up” and “Old Sledge” are alternate names for the traditional English card game “All Fours“, a trick-taking game first documented in 1674 and popular in North America through the 19th century. Ralph Roberts apparently knew the tune primarily as “Seven Up”, but also called it “Old Sledge”. This is a completely different tune than the one more commonly known as “Old Sledge” played out of AEAD tuning. It’s also unrelated to the tunes named “Seven Up” found in Ryan’s Mammoth Collection and Marion Thede’s “The Fiddle Book” (which are unrelated to each other).

Perhaps it would be best to start calling this one “All Fours” to distinguish it from the others, although that would be an ironic title for a crooked tune. As it stands, though, it’s nearly impossible to find recordings of this particular tune, thanks to the overlapping titles.

This is a stripped down transcription; listening to a recording by the
Canote Brothers is highly recommended. If you can’t find a copy of
“Down in North Carolina”, there is a recording of them playing it for
their string band class at http://stringband.mossyroof.com/