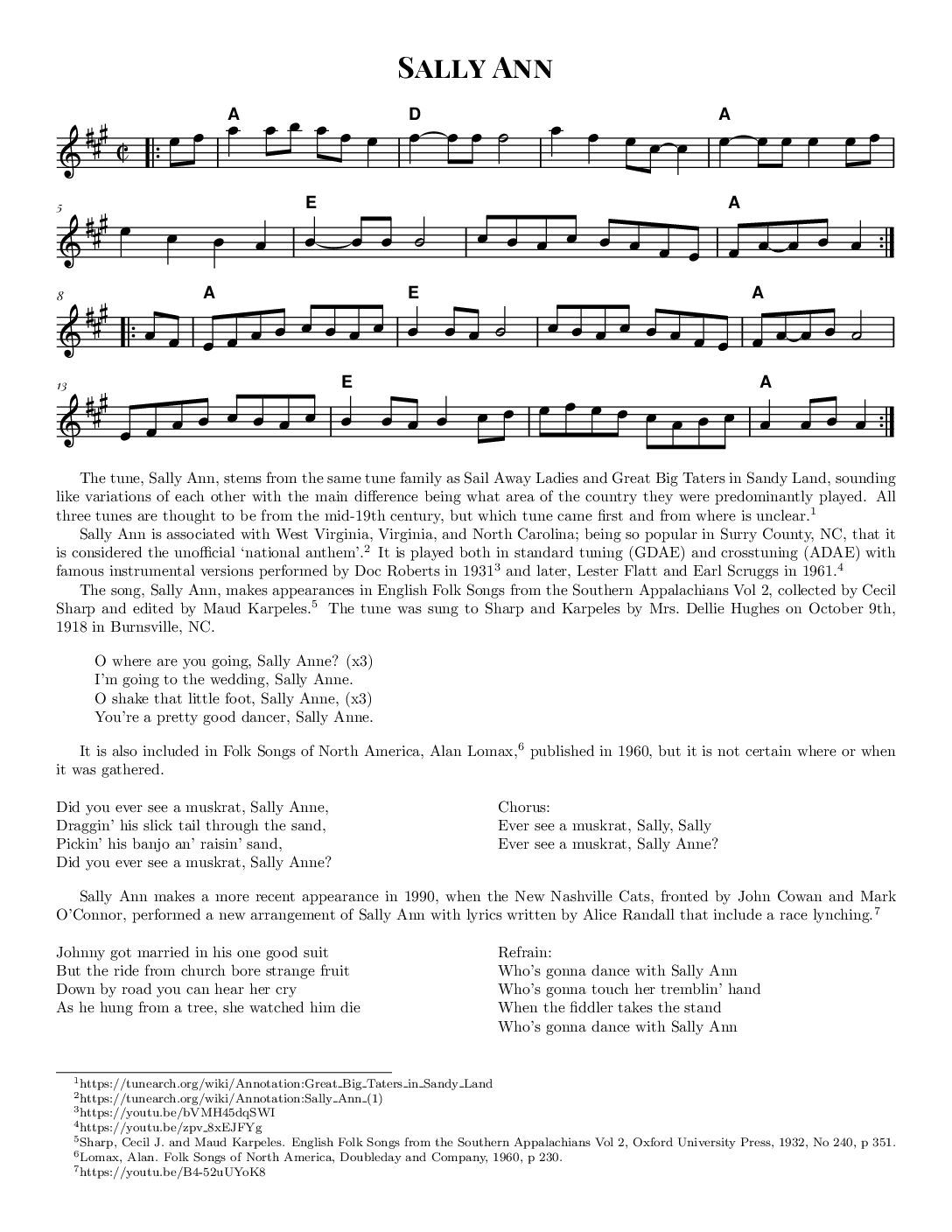 The tune, Sally Ann, stems from the same tune family as Sail Away Ladies and Great Big Taters in Sandy Land, sounding like variations of each other with the main difference being what area of the country they were predominantly played. All three tunes are thought to be from the mid-19th century, but which tune came first and from where is unclear.1

Sally Ann is associated with West Virginia, Virginia, and North Carolina; being so popular in Surry County, NC, that it is considered the unofficial `national anthem’.2 It is played both in standard tuning (GDAE) and crosstuning (ADAE) with famous instrumental versions performed by Doc Roberts in 19313 and later, Lester Flatt and Earl Scruggs in 1961.4

The song, Sally Ann, makes appearances in English Folk Songs from the Southern Appalachians Vol 2, collected by Cecil Sharp and edited by Maud Karpeles.5 The tune was sung to Sharp and Karpeles by Mrs. Dellie Hughes on October 9th, 1918 in Burnsville, NC.

It is also included in Folk Songs of North America, Alan Lomax,6 published in 1960, but it is not certain where or when it was gathered.

Sally Ann makes a more recent appearance in 1990, when the New Nashville Cats, fronted by John Cowan and Mark O’Connor, performed a new arrangement of Sally Ann with lyrics written by Alice Randall that include a race lynching.7

Johnny got married in his one good suit
But the ride from church bore strange fruit
Down by road you can hear her cry
As he hung from a tree, she watched him die