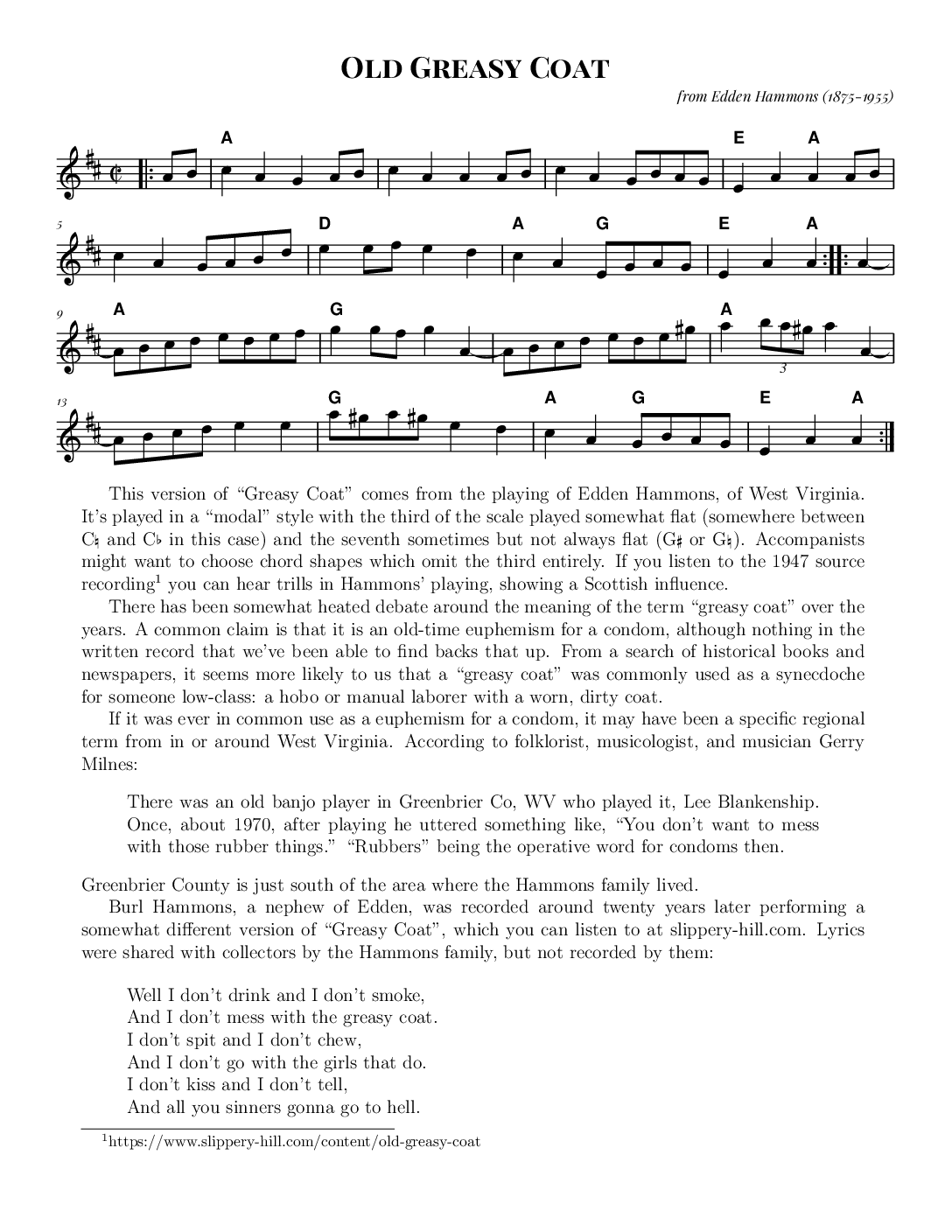 This version of “Greasy Coat” comes from the playing of Edden Hammons, of West Virginia. It’s played in a “modal” style with the third of the scale often played a little flat (somewhere between C♯ and C♮ in this case) and the seventh sometimes but not always flat (G♯ or G♮). Accompanists might want to choose chord shapes which omit the third entirely. If you listen to the 1947 source recording you can hear trills in Hammons’ playing, showing a Scottish influence.

There has been somewhat heated debate around the meaning of the term “greasy coat” over the years. A common claim is that it is an old-time euphemism for a condom, although nothing in the written record that we’ve been able to find backs that up. From a search of historical books and newspapers, it seems more likely to us that a “greasy coat” was commonly used as metonymy for someone low-class: a hobo or manual laborer with a worn, dirty coat.

If it was ever in common use as a euphemism for a condom, it may have been a specific regional term from in or around West Virginia. According to folklorist, musicologist, and musician Gerry Milnes:

There was an old banjo player in Greenbrier Co, WV who played it, Lee Blankenship. Once, about 1970, after playing he uttered something like, “You don’t want to mess with those rubber things.” “Rubbers” being the operative word for condoms then.

Greenbrier County is just south of the area where the Hammons family lived.

Burl Hammons, a nephew of Edden, was recorded around twenty years later performing a somewhat different version of “Greasy Coat”, which you can listen to at slippery-hill.com.

Lyrics were shared with collectors by the Hammons family, but not recorded by them: