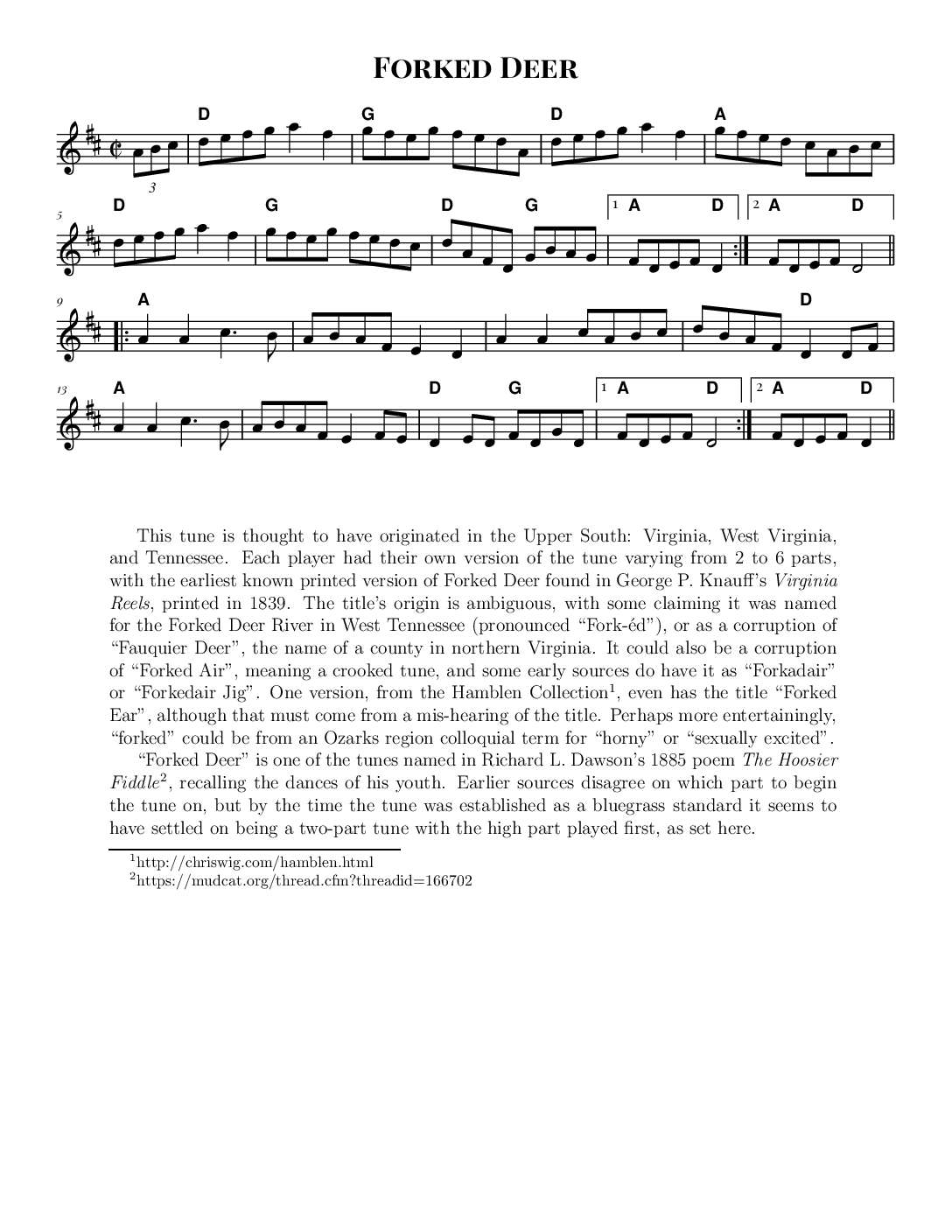 This tune is thought to have originated in the Upper South: Virginia, West Virginia, and Tennessee. Each player had their own version of the tune varying from 2 to 6 parts, with the earliest known printed version of Forked Deer found in George P. Knauff’s Virginia Reels, printed in 1839. The title’s origin is ambiguous, with some claiming it was named for the Forked Deer River in West Tennessee (pronounced “Fork-éd”), or as a corruption of “Fauquier Deer”, the name of a county in northern Virginia. It could also be a corruption of “Forked Air”, meaning a crooked tune, and some early sources do have it as “Forkadair” or “Forkedair Jig”. One version, from the Hamblen Collection, even has the title “Forked Ear”, although that must come from a mis-hearing of the title. Perhaps more entertainingly, “forked” could be from an Ozarks region colloquial term for “horny” or “sexually excited”.

“Forked Deer” is one of the tunes named in Richard L. Dawson’s 1885 poem The Hoosier Fiddle, recalling the dances of his youth. Earlier sources disagree on which part to begin the tune on, but by the time the tune was established as a bluegrass standard it seems to have settled on being a two-part tune with the high part played first, as set here.

You can listen to a variety of interpretations of this tune at Slippery Hill, and here are a few favorites from YouTube: