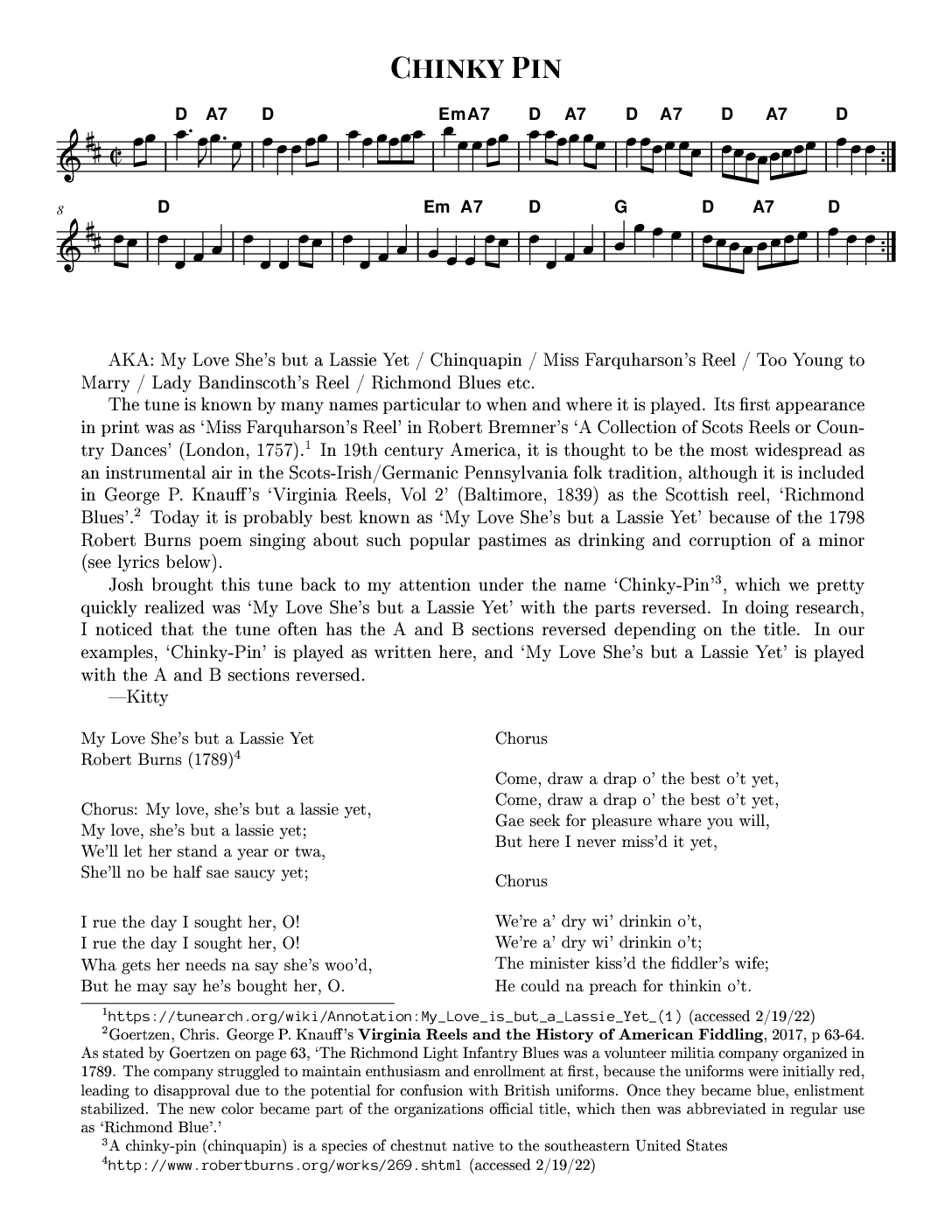 AKA: My Love She’s but a Lassie Yet, Chinquapin, Miss Farquharson’s Reel, Too Young to Marry, Lady Bandinscoth’s Reel, Richmond Blues, etc.

The tune is known by many names particular to when and where it is played. Its first appearance in print was as ‘Miss Farquharson’s Reel’ in Robert Bremner’s ‘A Collection of Scots Reels or Country Dances’ (London, 1757).[1] In 19th century America, it is thought to be the most widespread as an instrumental air in the Scots-Irish/Germanic Pennsylvania folk tradition, although it is included in George P. Knauff’s ‘Virginia Reels, Vol 2’ (Baltimore, 1839) as the Scottish reel, ‘Richmond Blues’.[2] Today it is probably best known as ‘My Love She’s but a Lassie Yet’ because of the 1798 Robert Burns poem singing about such popular past times as drinking and corruption of a minor (see lyrics below).

[2] Goertzen, Chris. George P. Knauff’s Virginia Reels and the History of American Fiddling, 2017, p 63-64. As stated by Goertzen on page 63, ‘The Richmond Light Infantry Blues was a volunteer militia company organized in 1789. The company struggled to maintain enthusiasm and enrollment at first, because the uniforms were initially red, leading to disapproval due to the potential for confusion with British uniforms. Once they became blue, enlistment stabilized. The new color became part of the organizations official title, which then was abbreviated in regular use as ‘Richmond Blue’.’