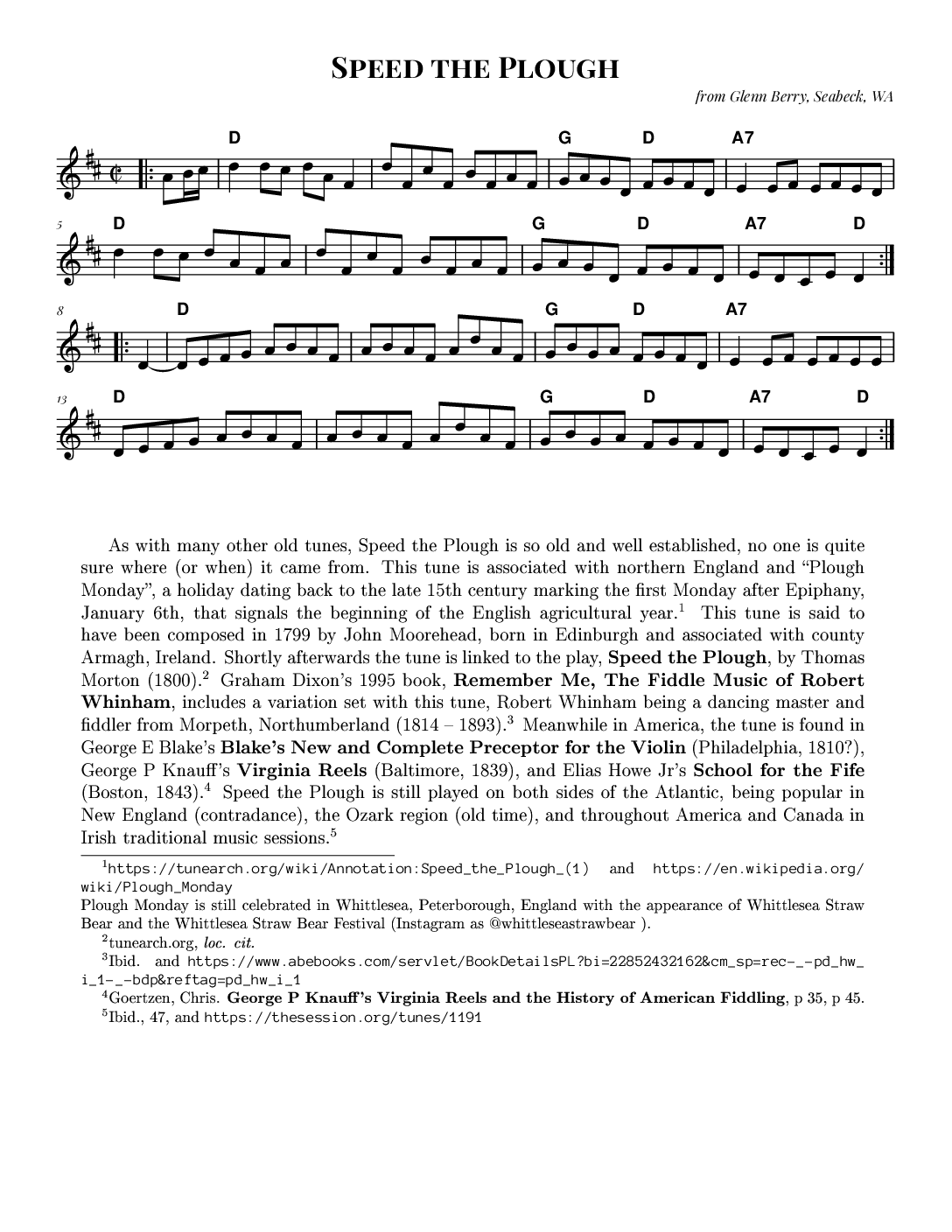 (This was a tune of the month in 2010, but we think it deserves another look.)

As with many other old tunes, Speed the Plough is so old and well established, no one is quite sure where (or when) it came from. This tune is associated with northern England and “Plough
Monday”, a holiday dating back to the late 15th century marking the first Monday after Epiphany, January 6th, that signals the beginning of the English agricultural year. (Plough Monday is still celebrated in Whittlesea, Peterborough, England with the appearance of Whittlesea Straw Bear and the Whittlesea Straw Bear Festival.)  This tune is said to have been composed in 1799 by John Moorehead, born in Edinburgh and associated with county Armagh, Ireland. Shortly afterwards the tune is linked to the play, Speed the Plough, by Thomas Morton (1800).  Graham Dixon’s 1995 book, Remember Me, The Fiddle Music of Robert Whinham, includes a variation set with this tune, Robert Whinham being a dancing master and fiddler from Morpeth, Northumberland (1814 – 1893). Meanwhile in America, the tune is found in George E Blake’s Blake’s New and Complete Preceptor for the Violin (Philadelphia, 1810?), George P Knauff’s Virginia Reels (Baltimore, 1839), and Elias Howe Jr’s School for the Fife (Boston, 1843).

Speed the Plough is still played on both sides of the Atlantic, being popular in New England (contradance), the Ozark region (old time), and throughout America and Canada in Irish traditional music sessions.