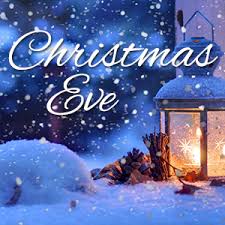 J. C. Gentle, late of Wallowa, OR, was a fixture on the Oregon Old Time Fiddlers shows and at Weiser in the 1970’s and 1980’s. His driving, southern, style of old time fiddling is evident in this wonderful hoedown, Christmas Eve. Thomas Franklin (‘J. C.’ or ‘Red’) Gentle was born in Gentle’s Cove near Limerock, Alabama in 1915 into a musical family, on Christmas Eve as it so happens to be. He learned this particular tune from his mother and also learned a lot of his fiddling from his good friend, Chubby Wise. Other fiddle tunes by this name are out there; some relate to this one, in a fashion, and some don’t.
J. C. was a career Navy man, serving in WWII and the Korean War aboard the USS Saratoga, USS Gamble and the USS Taluga. He then taught signaling and navigation at the U.S. Naval Training Center in Bainbridge, Maryland. In addition to his busy fiddling schedule he enjoyed making violins and coaching little league baseball.
Listen carefully to the rhythms of the bow (here or on www.voyagerrecords.com). I’ve tried to include some of his details, but a good listen will make more sense than these dots. In the opening measures the slash marks are note heads for suggested double stops indicating the “pinky drone.” For this you play a D on the G string with your 4th finger while playing notes on the D string. In the b part watch for the up-bow “hook” across the strings to end the phrases