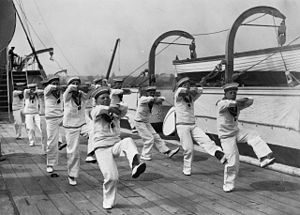 Here’s another of the classic 18th and 19th century hornpipes you might well enjoy. See the November 2009 issue of The Evergreen Fiddler for Durang’s Hornpipe and details on our featured fiddler, Bill Yohey, late of McMinnville, OR. (The Evergreen Fiddler Tunebook: Volume II as well). As I mentioned, John Durang was famed as a step dancer, actor and all around theatrical impresario. From 1796 – 1799 he performed slack wire and pantomime acts in a circus led by John Bill Ricketts. Mr. Ricketts himself performed equestrian acts combining elements of acrobatics, juggling and comedy. He is credited with bringing the circus in its familiar form from England, where he had worked under the tutelage of Charles Hughes. Hughes in turn had developed his ‘Royal Circus’ after working with Philip Astley. (I’ll see if I can dig up ‘Astley’s Ride’ and continue this thread). Astley is generally credited as founding the modern circus by bringing together equestrian acts, acrobats, jugglers, music, dance and comedic acts with the audience seated around the performance space.

John Bill’s name became associated with “Rickett’s Hornpipe,” aka “The Manchester Hornpipe” and “The One-Eyed Fiddler” somewhere along the line. The tune first appeared in print in 1781 in Alexander McGlashan’s “Collection of Scots Measures.” I’m not clear about which name was used. Along with its contemporaries, Durang’s and Fisher’s Hornpipes, Rickett’s Hornpipe has been retained in the folk tradition on both sides of the Atlantic as a favorite among fiddlers of all stripes, sometimes slow, as Hornpipes were originally meant to be, and sometimes up to square dance tempo. Bill Yohey’s stellar fiddling shows it off as a prime dance tune. By the way, a painting of John Bill Ricketts hangs in the National Gallery of Art in Washington D.C. The artist, Gilbert Stuart, also painted a portrait of John Bill’s friend, fan and (possibly) relative, George Washington, which you might notice any time you spend a dollar bill. Thanks once again to Andrew Kuntz atwww.ibiblio.org, Wikipedia, and to Phil Williams for sharing Art Nation’s 1962 recording of the Idaho Old Time Fiddlers at the Seattle World’s Fair. Oh, and don’t forget that you can click on the link below to listen to this tune.