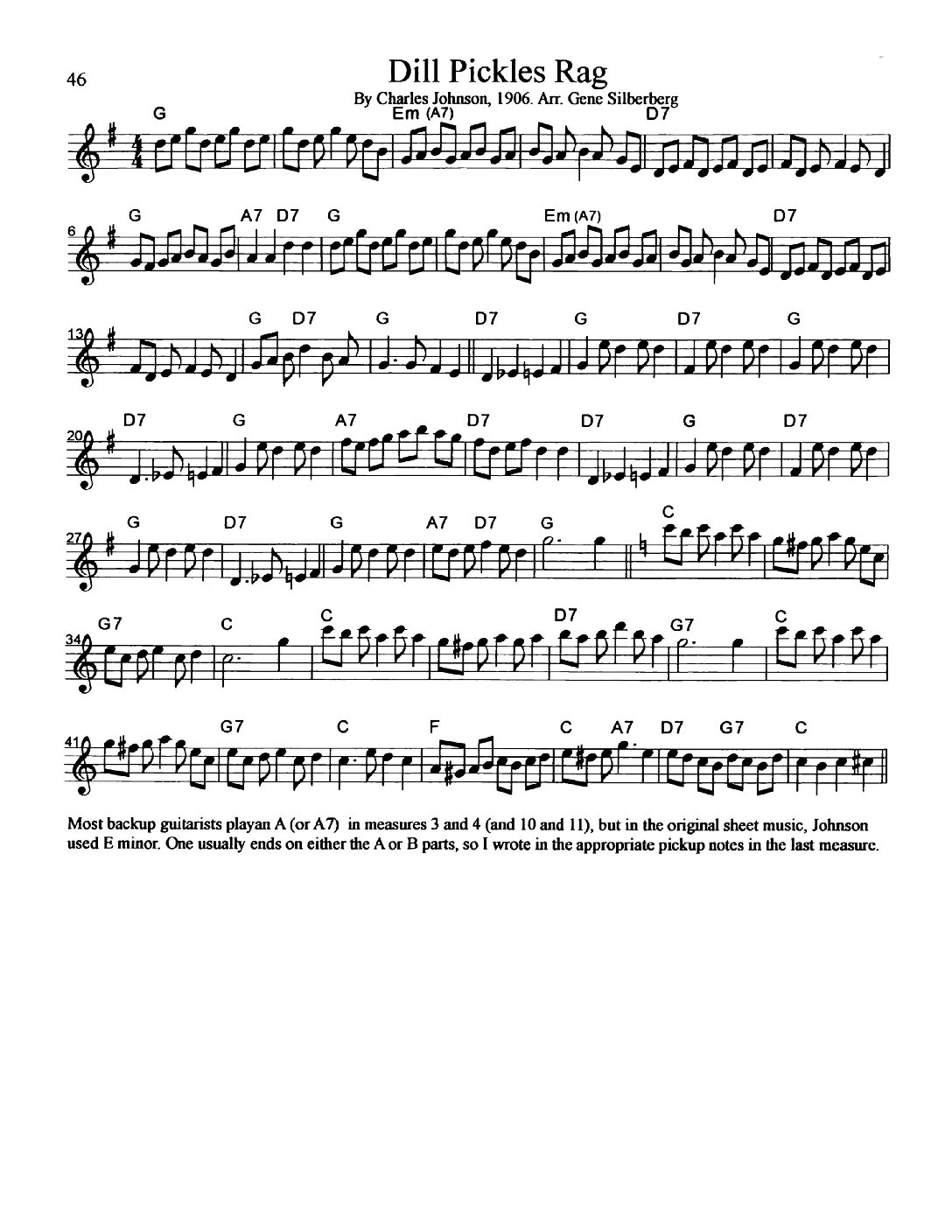 This tune was composed by Charles Leslie Johnson, a prolific composer from Kansas City, in 1906 or 7.  He also worked as a publisher for Carl Hoffman Music Company.  When polishing the piece he was asked what the title was.  Noticing that the clerk had a carton of pickles for his meal, Johnson replied that he would call it Dill Pickles Rag.  It was the first ragtime tune to sell more than a million copies.

Ragtime evolved from Cakewalks, Jigs, Two-steps and Marches commonly played by African American musicians.  Cakewalks (were) a dance that developed on Southern plantations in the 1850s.  Field-hands would hold dances on Sundays and Holidays satirizing the proper Minuets and Quadrilles danced at the fancy balls (of their masters). The couples or “walkers” promenading in a dignified manner, would mimic their owners by high-stepping, strutting, bowing low, arching their backs, waving canes, tipping hats and throwing back their heads.  Some of the plantation owners found this very entertaining and began to bake special cakes and award them as prizes to the best dancers of the day – coining the phrase, “That takes the cake!”

Dill Pickles Rag has a three note motif against a four beat rhythm which is one characteristic of ragtime music.  Another is the syncopation found throughout the piece.  In syncopation, the strong (usually longer notes as in the quarter note of measure two) note comes not on the strong beat of the measure, e.g. beats one and three, but on the off or back-beat of the measure.  Also one should play the eighth notes “swung” that is, in a triple feel of long-short rather than “straight” or two equal length notes.