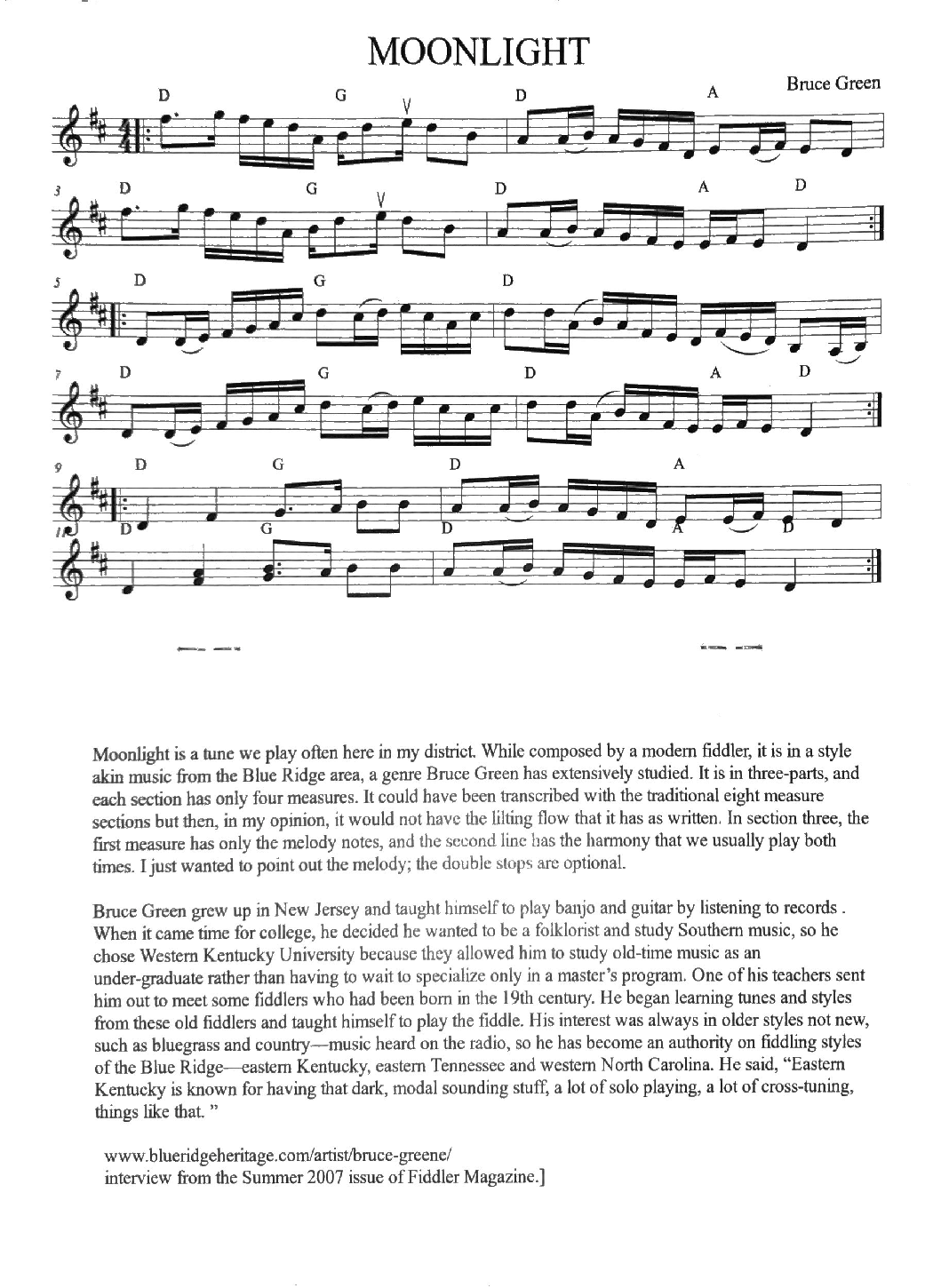 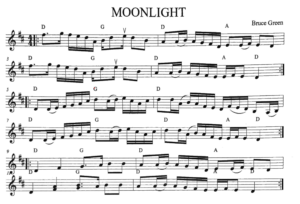 Moonlight is a tune we play often here in my district. While composed by a modern fiddler, it is in a style akin to music from the Blue Ridge area, a genre Bruce Greene has extensively studied. It is in three-parts, and each section has only four measures. It could have been transcribed with the traditional eight measure sections but then, in my opinion, it would not have the lilting flow that it has as written. In section three, the first measure has only the melody notes, and the second line has the harmony that we usually play both times. I just wanted to point out the melody; the double stops are optional.

Bruce Greene grew up in New Jersey and taught himself to play banjo and guitar by listening to records. When it came time for college, he decided he wanted to be a folklorist and study Southern music, so he chose Western Kentucky University because they allowed him to study old-time music as an under-graduate rather than having to wait to specialize only in a master’s program. One of his teachers sent him out to meet some fiddlers who had been bom in the 19th century. He began learning tunes and styles from these old fiddlers and taught himself to play the fiddle. His interest was always in older styles not new, such as bluegrass and country—music heard on the radio, so he has become an authority on fiddling styles of the Blue Ridge—eastern Kentucky, eastern Tennessee and western North Carolina. He said, “Eastern Kentucky is known for having that dark, modal sounding stuff, a lot of solo playing, a lot of cross-tuning, things like that. ”

www.blueridgeheritage.com/artist/bruce-greene/
[interview from the Summer 2007 issue of Fiddler Magazine.]