An event every month that begins at 3:30 PM on day First of the month, repeating indefinitely 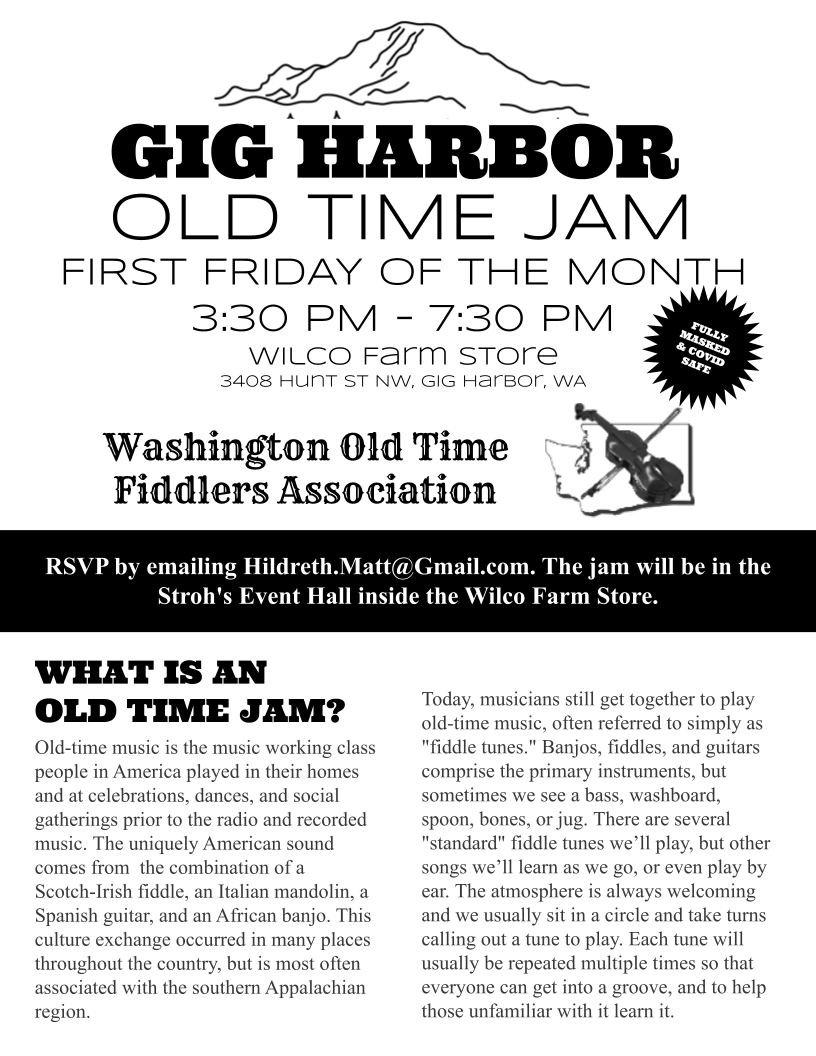 What is an old time jam?

Old-time music is the music working class people in America played in their homes and at celebrations, dances, and social gatherings prior to the radio and recorded music. The uniquely American sound comes from  the combination of a Scotch-Irish fiddle, an Italian mandolin, a Spanish guitar, and an African banjo. This culture exchange occurred in many places throughout the country, but is most often associated with the southern Appalachian region.

Today, musicians still get together to play old-time music, often referred to simply as “fiddle tunes.” Banjos, fiddles, and guitars comprise the primary instruments, but sometimes we see a bass, washboard, spoon, bones, or jug. There are several “standard” fiddle tunes we’ll play, but other songs we’ll learn as we go, or even play by ear. The atmosphere is always welcoming and we usually sit in a circle and take turns calling out a tune to play. Each tune will usually be repeated multiple times so that everyone can get into a groove, and to help those unfamiliar with it learn it.